Fuel consumption in the field test

The vehicle was tested on a mix of urban and country roads to check the effective fuel consumption. The average speed was 64 km/h overall. In this test cycle the factory KTM RC390 consumed 4,2 lit/100km (=23,8 km/lit). The ALP-KTM RC390 consumed only 3,1 lit/100km (=32,2 km/lit). This comparison corresponds to a fuel saving of 26%!
Mainly responsable for this drastic fuel savings is the higher engine load combined with lower engine speed. The longer final drive (12%) and the low end torque of the engine enables to run the engine really down speeded. All over the mapping an AFR of 14,7 (Lambda = 1,0) is possible 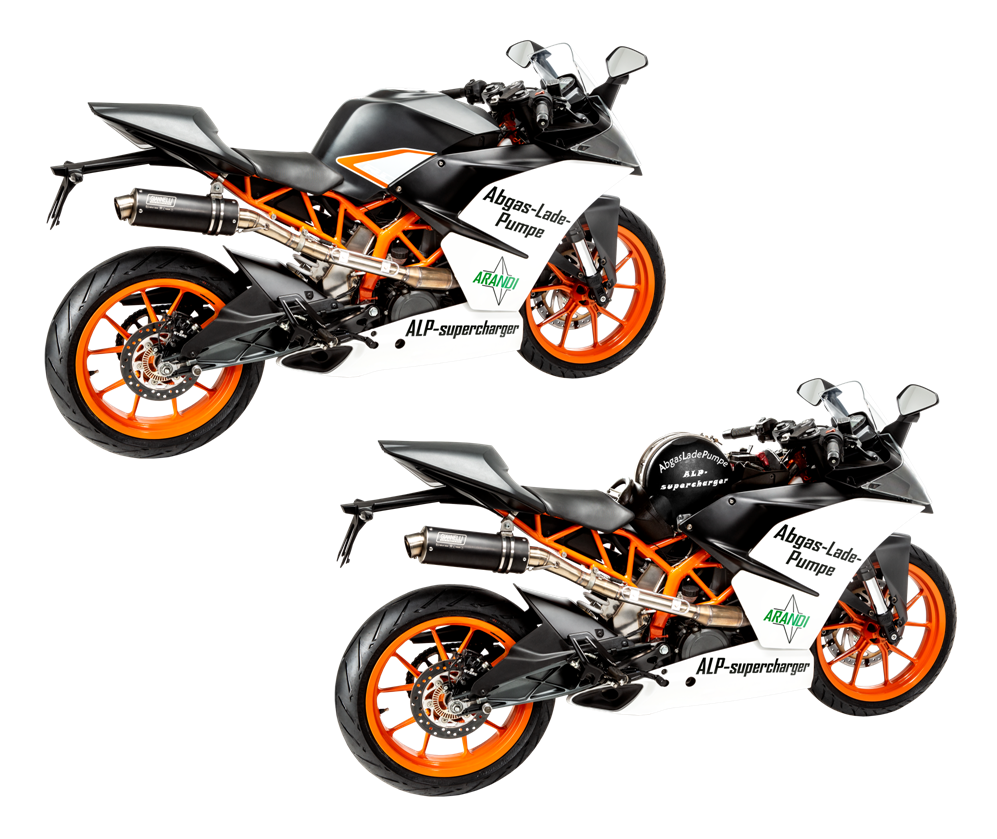 The engine calibration was optimized for an increased torque character at midrange including a long final drive, focused on a minimized fuel consumption but also strong acceleration.
The impressively performance data are: 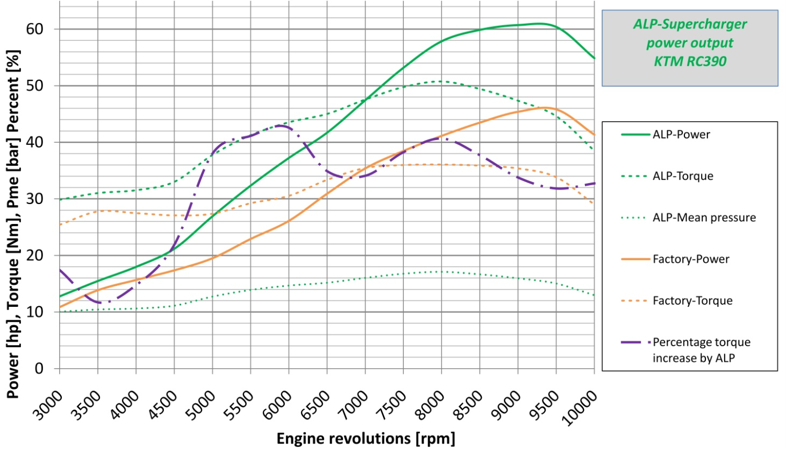