Based on the air-cooled 125cc Piaggio Liberty, currently we are finishing a rolling demonstrator vehicle with ALP-supercharger. Beside several detail improvements regarding the ALP supercharger, the visual integration of the ALP components into the vehicle, was our primary focus. Further technical and physical considerations pointed out the position of the ALP-pump between rear wheel and exhaust gas silencer. The advantages of this ALP arrangement are:

The air-cooled ALP-supercharged Piaggio engine (3V-iget) has arrived with its vigorous peak performance (14 hp) the level of the high reving naturally aspirated water-cooled four valve engines, but this on lower engine speed level. The ALP-engine offers with a maximum torque of 13,6Nm in a wide range a surplus 10-20% compared to the four valve engines. Regarding the original factory engine the ALP-engine increased torque by 40% and performance by 30% at the best. Noise emissions are on factory level due to the unmodified exhaust gas silencer. The airbox was lightly modified for the higher gas flow. For the final completion the vehicle will be equipped with a longer final drive to increase drivability combined with real fuel savings. 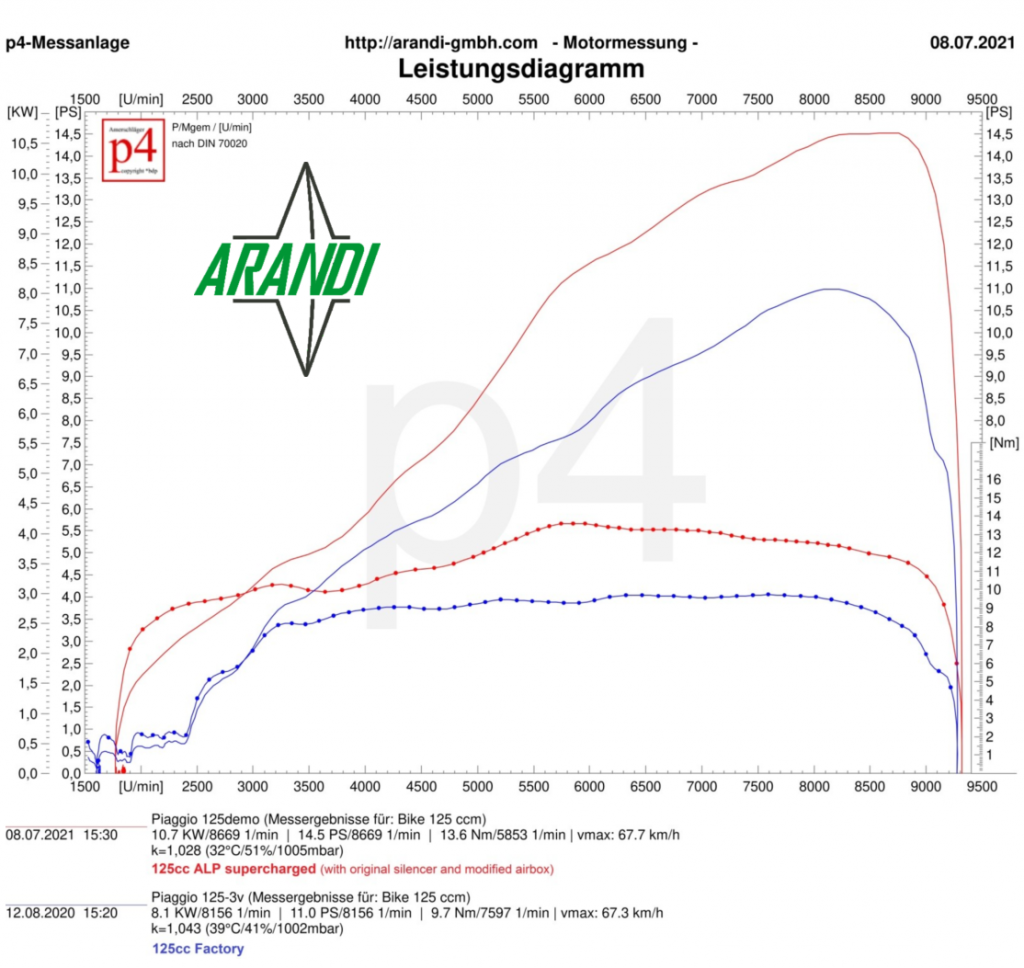