The 50cc class is largely represented by scooter vehicles. These two-wheelers are mainly used in urban traffic, as their maximum speed is limited to 45 km/h and the engine performance is a maximum of 3-4 hp (EU-legislation). For reasons of emissions, four-stroke engines are gradually replacing the two-stroke propulsions, which are still very popular and preferred due to their good acceleration and performance.

On the basis of a forced air-cooled 50cc Piaggio scooter engine, we want to combine the advantages of the low-emission and low-consumption four-stroke engine with the performance of the two-stroke engine by means of the ALP-supercharger technology. Our objectives are:

The engine remained mechanically unmodified, but the valve timing for the ALP-supercharging was slightly shifted and the ECU mapping was adapted with regard to ignition timing and injection quantity.

By means of the ALP-supercharging, the torque in the lower or middle speed range could be increased averaged by around 30-45% and the drops of torque regarding the original engine layout were completely eliminated. In some mapping points, there are even torque benefits of up to 110%! The engine characteristics are very similar to those of an electric motor and reach the accustomed two-stroke engine performance level of about 4,4 HP and 4,5 Nm.

With the option of adapting the valve timing to the gas flow character of the ALP supercharger, there is still far-reaching potential for reducing emissions and improving driving performance. 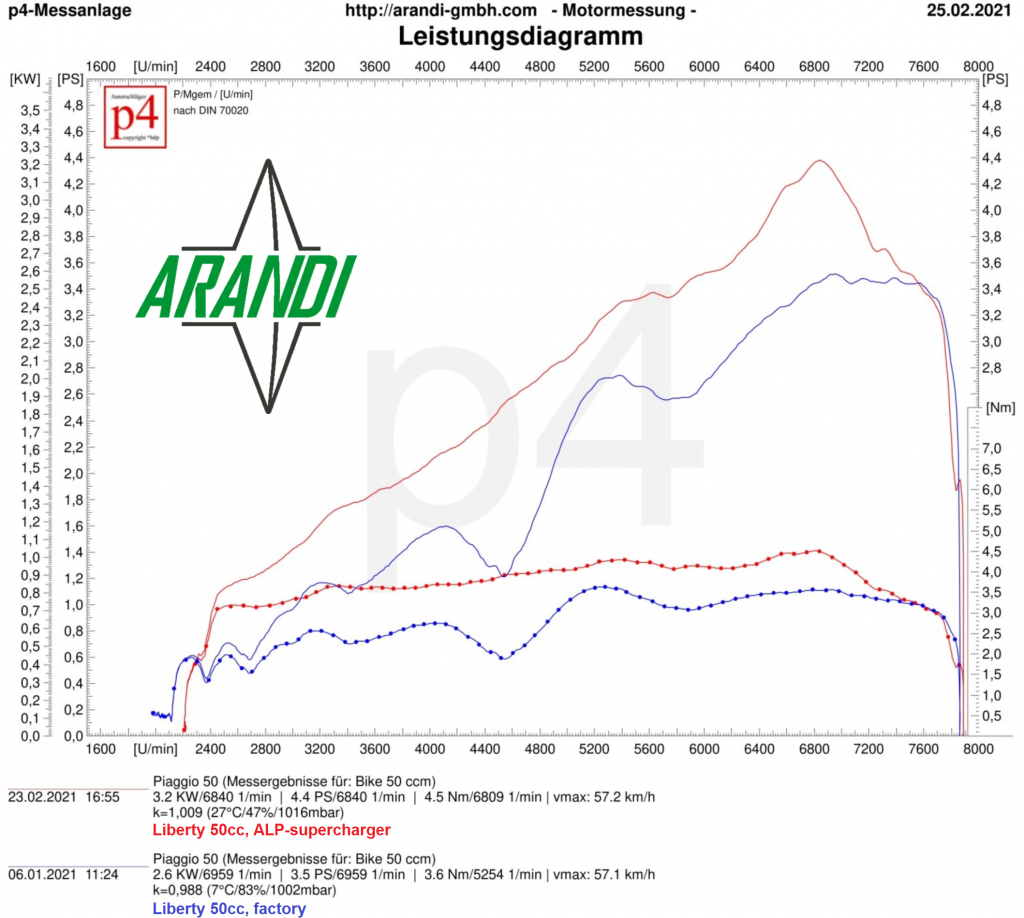 Without significant changes to the engine, the following was achieved: